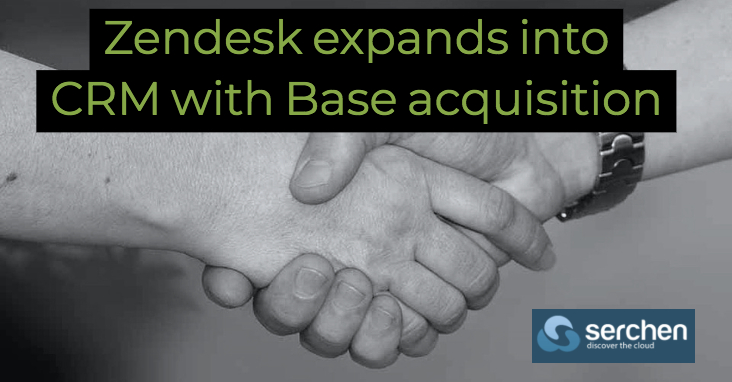 Zendesk has mostly confined itself to customer service scenarios, but it seems that’s not enough anymore. If you want to truly know the customer behind the interaction, you need a customer system of record to go with the customer service component. To fill that need, Zendesk  announced it was acquiring Base, a startup that has raised over $50 million.

The companies did not share the purchase price, but Zendesk did report that the acquisition should not have a significant impact on revenue.

While Base  might not be as well known as Salesforce, Microsoft or Oracle in the CRM game, it has created a sophisticated sales force automation platform, complete with its own artificial intelligence underpinnings. CEO Uzi Shmilovici claimed his company’s AI could compete with its more well-heeled competitors when it was released in 2016 to provide salespeople with meaningful prescriptive advice on how to be more successful.

Zendesk CEO Mikkel Svane  certainly sees the value of adding a company like Base to his platform. “We want to do for sales what Zendesk has already done for customer service: give salespeople tools built around them and the customers they serve,” he said in a statement.

If the core of customer data includes customer service, CRM and marketing, Base gives Zendesk one more of those missing components, says Brent Leary, owner at CRM Essentials, a firm that keeps close watch on this market. – Read more