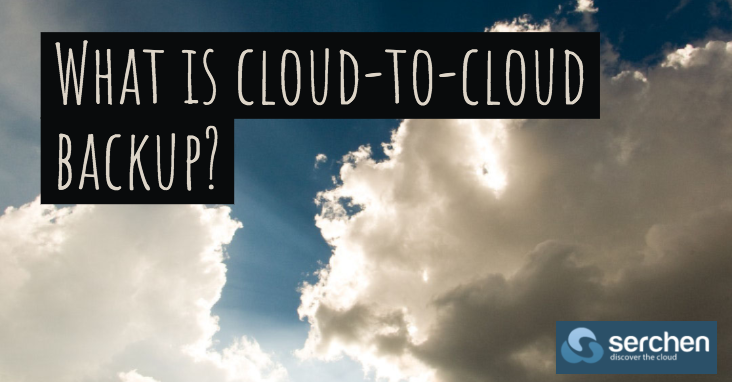 C2C backup is growing in popularity, so what is it, and how can it help your business if the worst happens?

Most businesses understand the importance of having a robust backup strategy in place for their on-premises data, but as more companies migrate to the cloud, myths and misunderstandings are beginning to creep in about how to backup data in a cloud environment.

One type of backup that is growing in popularity is cloud-to-cloud backup (or C2C backup). At a basic level, this is where data stored on one cloud service is copied to another cloud.

But if company data is stored in a cloud, why does that data need to be backed up to another cloud?

Many people think that they’re protected from data loss if they use a software as a service (SaaS) platform such as Microsoft Office 365 or G Drive. But although these platforms have robust solutions in place for protecting data in the cloud, they are only designed to protect against losses on their side.

In fact, 77% of IT decision makers reported some form of data loss through SaaS over a 12 month period,  according to an extensive survey from Spanning. That figure is higher than previously reported figures of 58%, suggesting that data loss in the cloud is a growing issue as more organisations experiment with the technologies.

So how is cloud-to-cloud backup solving this issue? Here, we break down what C2C backup is, and how it can help your business.

What is cloud-to-cloud backup?

As the name suggests, cloud-to-cloud backup is where data in the cloud is backed up to another cloud, rather than to an on-site method such as tape or disk backup. It is also sometimes known as SaaS (software as a service) backup.

It adds an extra layer of protection for businesses using cloud services by quite simply keeping a duplicate copy in a separate cloud.

An important distinction here is between backup and archive. When looking for a C2C backup solution, it should specifically be a solution for backing up data, not archiving it. A backup copy exists for the express purpose of making data available and recoverable in the event of the original being inaccessible.

But an archive exists to meet compliance needs or internal policies, and isn’t designed for data recovery. Most archiving systems aren’t able to rapidly restore lost data back into production, and don’t have the functionality needed to automate accurate restores. – Read more