Webhook vs API: Choosing the Right Tool for the Job

Webhooks & APIs are two important tools in the world of software development, but they often get confused with one another. While they both facilitate communication between different systems and applications, they work in different ways and are used for different purposes. In this post, we’ll take a closer look at webhooks and APIs, how they work, and when to use each. By the end, you’ll have a better understanding of the differences between webhooks and APIs, and you’ll be able to choose the right tool for your specific needs.

Webhooks are a way for one system to send data to another system in real-time, as it happens. They operate on the principle of “event-driven programming,” meaning that they are triggered by specific events or changes within a system. When one of these events occurs, the system sends a message, or “payload,” to a pre-determined URL, which can be owned by a different system (Source: Twilio). This payload contains data about the event that occurred, which the receiving system can then process and use as needed.

One key aspect of webhooks is that they are asynchronous, meaning that they don’t require a constant connection between the two systems (Source: Zapier). This makes them more efficient and scalable than other forms of communication, such as APIs, which often require a request-response cycle to function.

To illustrate how webhooks work, let’s consider a simple example. Imagine that you have a web application that allows users to create and share to-do lists. You want to be notified whenever a user adds a new item to one of their lists, so you can use this data to generate some analytics. You could set up a webhook that sends a message to your server every time a new item is added to a list (Source: GitHub). When this event occurs, the web application would send a payload to the URL specified in the webhook, containing information about the new to-do item. Your server could then process this data and use it to update your analytics in real-time.

Webhooks allow for efficient and automated communication between different systems and applications, making them a powerful tool in the world of software development.

APIs, or Application Programming Interfaces, are a way for different systems and applications to communicate with each other. They provide a set of rules and protocols for accessing and manipulating data and functionality within a system. Essentially, an API acts as a “bridge” between different systems, allowing them to exchange information and functionality in a standardized way.

APIs typically operate using a request-response cycle, where one system (the client) sends a request to another system (the server) for specific data or functionality. The server then processes the request and sends back a response, which may include the requested data or a message indicating whether the request was successful. This cycle allows for the client to retrieve and manipulate data from the server, as well as potentially trigger certain events or changes within the server.

There are many different types of APIs, including web APIs, which can be accessed over the internet, and local APIs, which are used within a single device or system. APIs can be used for a wide range of purposes, such as retrieving data from a database, triggering an action within a system, or allowing for integration with third-party applications.

To give an example of how APIs work, let’s consider a hypothetical social media platform. The platform has a database of user information, including profiles, friends lists, and posts. The platform could expose this data to third-party developers via an API, allowing them to build applications that interact with the platform’s data. For example, a developer might create a mobile app that allows users to browse and interact with their friends’ posts on the platform. To do this, the app would send requests to the platform’s API, asking for specific pieces of data (e.g., a user’s friends list, or a particular post). The API would then process the request and send back a response with the requested data, which the app could then display to the user.

In this way, APIs allow for the exchange of data and functionality between different systems and applications, making them an essential tool in the world of software development.

Here are a few examples of how APIs can be used:

API vs Webhook: Which is Better?

It’s difficult to say that one is definitively better than the other, as it really depends on the specific use case and the requirements of the system or application. Here are a few points to consider when deciding between using an API or a webhook:

Ultimately, the choice between using an API or a webhook will depend on the specific needs of your application and the type of data transfer or communication that you are trying to achieve 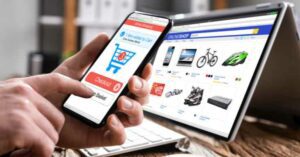 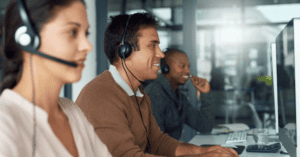 What is call tracking?

Call tracking is a technology that allows you to track and record incoming calls from customers, prospects, and other stakeholders. It enables business owners to 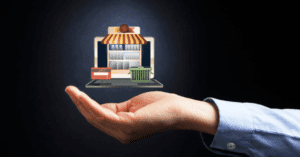 What are the 3 Types of E-commerce?

E-commerce has become increasingly important in today’s business world as more and more consumers turn to the internet for their shopping needs. Understanding the different 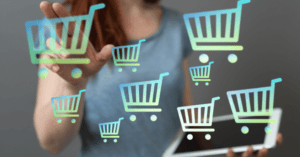 Online arbitrage is a popular way for people to make money by buying products at a low price and reselling them for a profit. It

Read More »
December 24, 2022
We use cookies on our website to give you the most relevant experience by remembering your preferences and repeat visits. By clicking “Accept All”, you consent to the use of ALL the cookies. However, you may visit "Cookie Settings" to provide a controlled consent.
Cookie SettingsAccept All
Manage consent