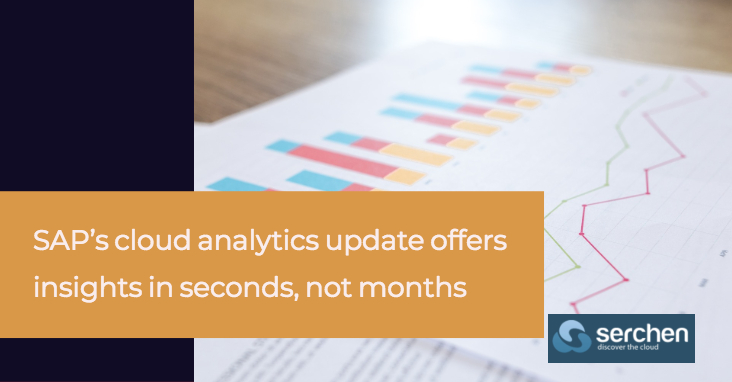 With a refresh of its cloud analytics tools, SAP hopes to bring users new insights into their data more quickly and take some of the workload off the IT department.

It’s not that the previous analytics tools were all that slow; it’s just that to get the most out of some of their features, you needed a team of data scientists to build the right reports.

[ Learn the secrets of highly successful data analytics teams. | Beware the 12 myths of data analytics and the sure-fire ways organizations fail at data analytics. | Get the latest on data analytics by signing up for CIO newsletters. ]
Now the company is using machine learning to help SAP Analytics Cloud users zoom in on key data correlations, according to Mike Flannagan, SAP’s senior vice president of analytics.

“You will be able to get some of the same type of insight that you would normally require a data science team to build for you — automatically,” he said.

SAP’s goal is to solve a resource crunch that’s reminiscent of the business intelligence systems of a decade ago.

“When you wanted a new dashboard or report you had to open a new request with IT, and they had quite a large backlog, so it might be three or six months before you got the dashboard you wanted,” said Flannagan. “We’re now seeing a similar kind of bottleneck with data science teams.”

SAP Analytics Cloud won’t automatically create complex data visualizations for you, but it will watch what you do and offer simple recommendations for which database fields to compare in a line of text at the bottom of a chart.

“The machine learning product realizes that you’re trying to predict a certain field and will give you a clue automatically that says, ‘Did you know that X is the most influential thing in determining Y?’” Flannagan said. “We believe we get to an answer that’s 97 to 98 percent of what a data scientist would ultimately find in terms of accuracy, without you needing to wait for that data scientist.” – Read more