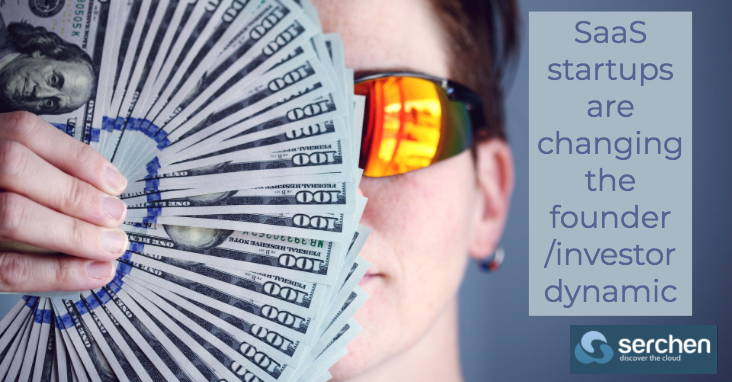 The balance of power between startup founder and venture capital investor has changed – and the rules of the courtship reversed.

Falling software costs and better management mean Software as a Service (SaaS) startups are accessing less funding, keeping their capital and more often finding success on their own. This is good news for startups as they are independently building the engine of their companies and only accessing funding to purchase fuel to run it.

The shifting fortunes of investors means they need to bring something other than cash to the table. Now more than ever, VC investors need to compete by offering strategic partnerships through expertise and hiring with industry contacts. Money does not bring value, value brings money – and this is the mantra for both startups and investors moving forward in the brave new world of SaaS investment.

SaaS and startups: a revolutionary relationship

The past decade has seen the balance of power between SaaS startup and investor evolve largely thanks to cost and experience. SaaS has fundamentally changed how startups are built and this process has become easier in recent years. Firstly, the move from buying and owning elements has shifted to renting, thus forcing costs down. For example, the cloud makes it possible to solve problems in highly efficient ways without on-site infrastructure.

Secondly, startups are simply smarter. Teams today have better frameworks and learned the mistakes of startups before them. Further, domain experts know exactly what problems to solve, meaning less iteration to getting a product fit for market.

These converging factors means startups are less likely to accept investor funding for the sake of it. This is buoyed by companies who find success with little support – case in point video conferencing company Zoom, who recently filed publicly to reach $330 million from less than $160.5 million of funding in total. In fact when they raised their series A, they were already profitable. Most of the funding taken is in their bank account as is indicated by their S1.

The truth today is that startup founders do not need a lot of capital to build SaaS anymore – a great result for founders as they get to keep more of their startups as they grow. – Read more