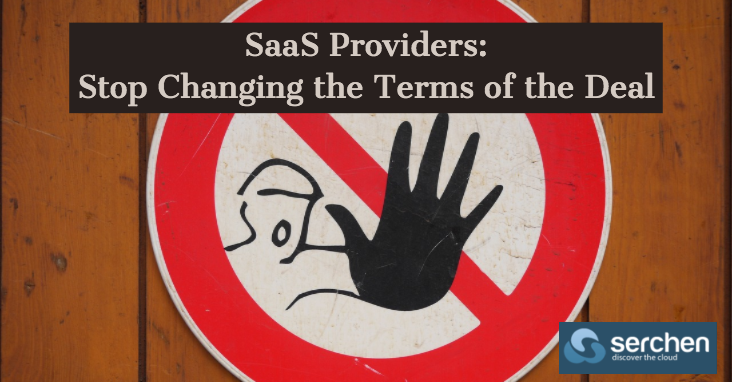 I logged onto my accounting software this morning and, instead of doing the task I wanted to do, I was immediately confronted with a pop-up window that informed me the terms of service and pricing scheme were changing.

Again. What choice do I have but to accept the new terms? I could stop using the platform, download all of my data, and move to another platform. But the new platform provider will likely be no better.

If you use a lot of online platforms, terms of service, end user license agreements (EULAs), and software as a service agreements (SaaS) seem to be in a constant state of modification. There is seldom a month that goes by when I am not accepting some new change to keep using the same web program.

Ever-changing online terms are not what judges and legal scholars had in mind when they developed the law around contract modifications over the past two centuries. One of the doctrines taught in law school, called the Pre-Existing Duty Rule, established a principle that a new promise to perform an already existing obligation cannot be consideration for an agreement. In other words, you cannot charge more for the same thing if someone has already agreed to buy it. An example: A person promises to do to a job for $100, the employer accepts, but when he shows up to do the work he demands $200 to do the same task. The employer received no new consideration. Under the Pre-Existing Duty Rule, the employer is only legally obligated to pay $100 when the job is complete. (Murray on Contracts, Section 64).  (Note that the Uniform Commercial Code’s Article 2 for the sale of goods does not use the Pre-Existing Duty Rule). – Read more