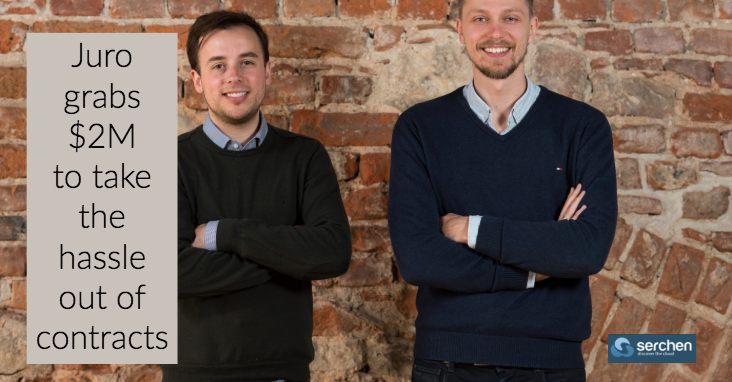 UK startup Juro, which is applying a “design centric approach” and machine learning tech to help businesses speed up the authoring and management of sales contracts, has closed $2m in seed funding led by Point Nine Capital.

Prior investor Seedcamp also contributed to the round. Juro is announcing Taavet Hinrikus (TransferWise’s co-founder) as an investor now too, as well as Michael Pennington (Gumtree co-founder) and the family office of Paul Forster (co-founder of Indeed.com).

Back in January 2017 the London-based startup closed a $750,000 (£615k) seed round, though CEO and co-founder Richard Mabey tells us that was really better classed as an angel round — with Point Nine Capital only joining “late” in the day.

“We actually could have strung it out to Series A,” he says of the funding that’s being announced now. “But we had multiple offers come in and there is so much of an explosion in demand for the [machine learning] that it made sense to do a round now rather than wait for the A. The whole legal industry is undergoing radical change and we want to be leading it.” – Read more