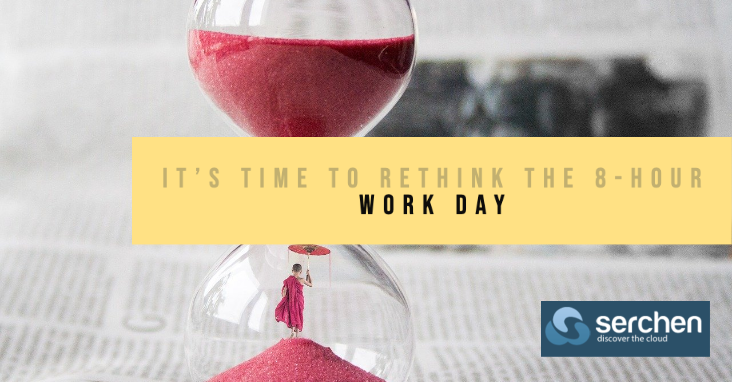 When it comes to productivity at work, one might think that the eight-hours-a-day, five-days-a-week schedule is pretty standard. After all, the majority of us in the workforce today endured the prototypical modern work schedule as somewhat of a rite of passage into our professional careers. Yes, we all underwent strict, grueling work schedules in our past (some even currently). Does that mean we should continue this practice? Absolutely not.

A look into the history eight-hour work days might shed some light. Eight-hour work days started during the Industrial Revolution as a labor rights movement to curb the exploitation of manual laborers who were often working 12-14 hour days. The concept took over 70 years to catch on at an institutional level, and in 1938, Congress passed the Fair Labor Standards Act which limited the workweek to 40 hours. If companies wanted more hours out of employees, they had to pay overtime.

At the time, the eight-hour work day made a lot of sense due to the sheer number of manual laborers. Agricultural workers comprised 38% of the workforce at the turn of the century, while production workers in industries such as mining, manufacturing, and construction comprised 31%. Regulations were necessary to prevent manual laborers—who made up the majority of the workforce—from being worked to the bone.

While the eight-hour day was designed to protect workers in blue-collar jobs, it doesn’t reflect the labor landscape today. As of 2019, 71% of employees in America now work in the service industry, according to the U.S. Bureau of Labor Statistics. The number of manual labor professionals is also decreasing by 0.5% every year.

It’s clear that the labor market has transformed significantly in the past century, but sadly our schedules are still stuck in the past. For the most part, the average employee today sits at a desk plugging away at a laptop—not exactly a physically-intensive task. Yet, many organizations still cling onto eight-hour work days like it’s the gospel. Rethinking this practice will be the first step in supercharging productivity and preparing for the future of work. Here’s why.

In an ideal world—and probably in the minds of many bosses—employees would be productive the entire eight hours that they’re on the clock. After all, employees are being paid for their time. What exactly are they doing all day?

A survey on 1,979 office workers in the UK found that in an eight-hour work day, employees are only productive for three hours. That’s less than 40% of the time. The rest is spent on a combination of reading news, browsing social media, eating, socializing, and perhaps most alarmingly, searching for new jobs.

This statistic prompts the question, why aren’t employees working for all eight hours? It’s not laziness, as one might expect. As knowledge workers, our attention spans aren’t designed to focus for such long periods of time. A study on employees in multiple industries by the U.S. Centers for Disease Control found that employees had significantly higher fatigue and lower alertness at the end of long shifts. It’s simply not feasible to expect multiple hours of concentration without eventually reaching a tipping point.

At the same time, many employees want to juggle work with life, and eight-hour work days simply don’t allow them to. Think about your child’s afterschool soccer game. If you could leave work at 3 PM, you can attend the game and bring your child home after. You can also carve out time for doctor’s appointments and other personal errands. Eight-hour schedules prevent these from happening and have no productivity to show in return. – Read more