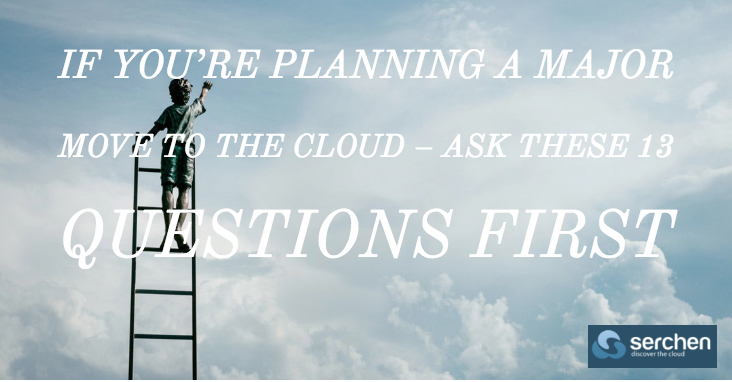 As the calendar turns to 2019, the rapid pace at which businesses are migrating their on-premises networks to the cloud continues unabated, with line items for cloud-based applications and cloud infrastructure now ranking among the three highest IT spending priorities, according to figures from Computer Economics.

Overall, the percentage of companies investing heavily in cloud-based software doubled in 2018, the research firm reports. And that momentum figures to continue, as only 20% of companies have converted at least half of their business applications to the cloud. “The appeal of SaaS is pretty clear,” says David Wagner, vice president of research at Computer Economics. “The increased flexibility, reduced infrastructure burden, and ease of upgrades should have made SaaS a slam dunk.”

One reason moving to the cloud hasn’t been a slam dunk to this point is the measured approach many businesses appear to be taking toward digital transformation. And in many respects, it’s wise to be circumspect about transitioning an enterprise network to the cloud, with nothing less than the company brand, the customer experience and the security of data — customers’ and your own — at stake.

Still, the widespread migration to SaaS and cloud-based network solutions such as SD-WAN is expected to continue gaining strength. “We expect that increased use of cloud infrastructure will mean a continued effort to move as many applications and processes out of the data centre as possible,” Computer Economics posits in its IT Spending & Staffing Benchmarks 2018/2019 report. “The wait is over, and IT organisations are finally jumping into the cloud in a more substantial way.”

Before jumping in, though, it’s critical that organisations and their IT decisions-makers assess their readiness for a migration to the cloud. Here’s a list of questions they should be asking themselves as they lay the groundwork for such a move: – Read more