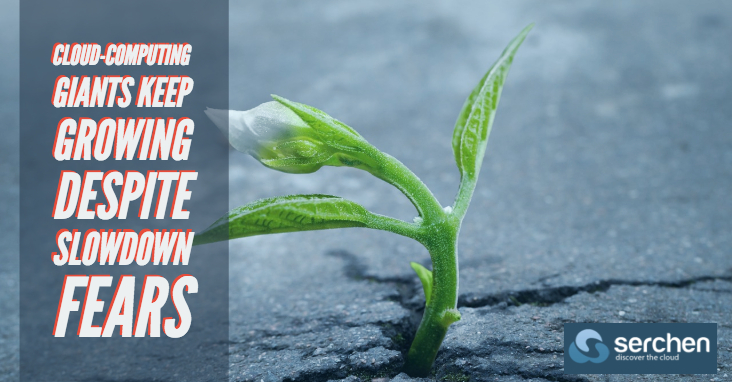 Cloud-computing companies have a message for skittish investors: demand is still booming.

Earnings reports from the biggest providers of internet-based computing services – Amazon.com Inc., Microsoft Corp., and Alphabet Inc.’s Google – showed that these companies are grabbing a larger share of business technology spending, defying warnings from some of their suppliers that a hot corner of the industry might be cooling off.

The cloud giants entered the year facing questions about whether they could sustain their robust growth rates in an environment of uncertain global economic growth and investment. And at the start of fourth-quarter earnings season last month, investors got some worrying news from companies that sell the networking equipment and computer chips that go into the data centers that underpin the cloud. Intel Corp., Micron Technology Inc. and Juniper Networks Inc. were among those blaming lackluster results on slower spending by data-center customers.

Now, investors have some reason to be relieved. On Monday, Google reported sales in its “other revenue” segment, a bucket that includes the Google Cloud Platform, of $6.49 billion in the fourth quarter, up 31 percent from a year earlier. Capital expenditures at Google soared 80 percent, to $6.8 billion. While the stock declined in extended trading on concerns about how the investments will impact profitability, much of the higher spending is tied to new data centers and related hardware — a signal that demand for cloud services is holding up. – Read more