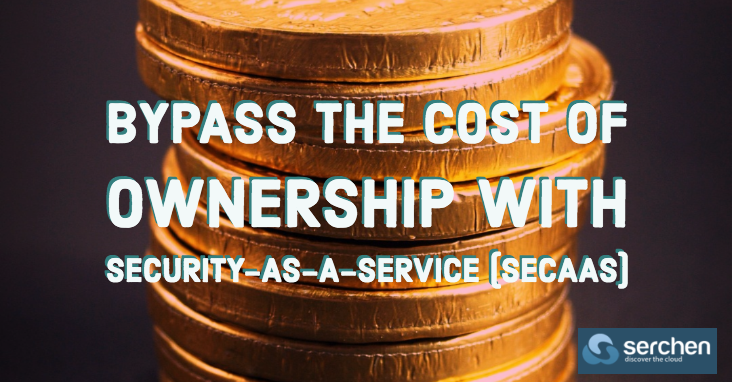 We’ve seen it happen across industries and markets: Consumption patterns are shifting away from traditional ownership models and toward subscription “anything-as-a-service” models.

The success of companies such as Netflix, Dollar Shave Club, Uber and Lyft indicates that consumers are increasingly viewing ownership as a burden.

Ride-sharing companies focus on an outcome (get where you’re going), not ownership (no car title required). Their customers may not want to own a car; maybe the price is prohibitive, they don’t want to deal with parking or maintenance, or they don’t drive very much and want a solution that scales.

As it turns out, those same considerations — cost, storage, maintenance, scalability — apply to choosing cybersecurity software as well. Do you want to own, or do you just want an outcome? This analogy is helpful for understanding the differences between security-as-a-service (SECaaS) and traditional, on-premises security software.

How a Security SaaS Solution Can Save You Money

If you’re buying a car, that typically means shelling out a large amount of money now. If you use a ride-share, you pay as you go. Similarly, purchasing a traditional software license often comes with a big, upfront price tag, whereas security software-as-a-service (SaaS) is usually paid over time as a subscription model.

With ownership, there are hidden expenses to uncover. For a car, think parking, maintenance, gas, insurance. For cybersecurity, think real estate for data centers, power for heating and cooling, security personnel. A security SaaS solution means the vendor is responsible for those costs, not you — you’re free to decommission your hardware infrastructure.

Furthermore, a SECaaS vendor can spread those costs over many customers. That means economies of scale, which is one reason a SECaaS solution could lower your total cost of ownership. Also, SaaS typically hits the books as an operating expense instead of a capital expense, which can offer a real advantage for companies that don’t have the budget to cover a big software purchase.

Keep Your Software Up to Date

If you buy a car, you’re committing to that vehicle’s technology until you buy a new car. And with the rate of change of technology, that likely means in a year or two, you no longer have the latest and greatest. Security software licenses may entitle you to updates and upgrades, but these are often released once or twice a year and require reinstalling or running an update.

With SaaS software, updates are pushed continuously and automatically. In the world of cybersecurity, when you’re up against constantly evolving threats, being up to date could mean the difference between a breach and no breach. – Read more