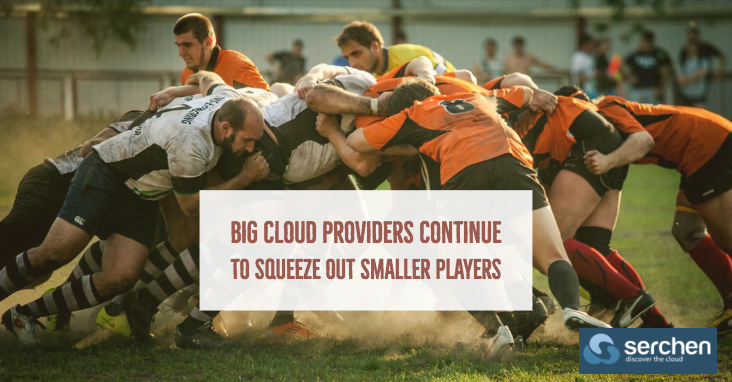 Last year saw almost manic growth in revenue for cloud providers as businesses continue to seek the benefits the services can provide.

New data from Synergy Research Group reveals spending on cloud infrastructure in the fourth quarter of 2018 to have surged 45 percent year-on-year, sealing a full-year growth rate of 48 percent.

Furthermore, the growth is actually accelerating as the rates achieved in 2018 were higher than those experienced in 2017.

“Q4 tops off a banner year for the cloud market with the annual growth rate actually nudging up from the previous year, which is an unusual phenomenon for a high-growth market of this scale,” says Synergy Research Group chief analyst John Dinsdale.

While the growth does paint a pretty picture, looking deeper within it is a slightly different story.

Amazon is by far and away the dominant market leader with the giant again increased its market share. Astonishingly, its share of the market is equivalent to the combined efforts of its next four competitors.

However, it certainly wasn’t a bad year for the other big three. Microsoft, Google, and Alibaba again overshadowed the overall market growth rate with all three gaining significant market shares – particularly Microsoft.

Of course this growth has to come at the expense of others and this was most pronounced among small-to-medium sized cloud operators, who collectively lost five percentage points of market share over the last four quarters.

According to Canalys, while many of these smaller players are still growing revenues, they’re finding themselves unable to keep up with the market leaders. Among the leaders, IBM’s prime focus is slightly unique from the others as it remains the strong leader in the hosted private cloud services segment of the market. – Read more