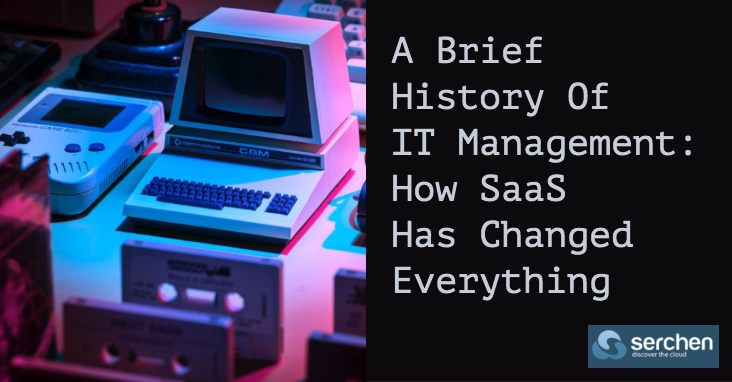 While many of us can’t imagine a world without computers at work, some can remember a time when landlines and faxes were the killer productivity apps.

Today, it’s hard to believe, since thousands of purpose-built software-as-service (SaaS) apps are instantly available for nearly every role in an organization.

With the rise of SaaS and cloud-based infrastructure has come a new set of challenges for IT management. Let’s take a look at the history of IT use at work, who’s managed IT and how the SaaS explosion has ushered in a new era of collaborative IT management.

Flipping The Switch: A Timeline Of Tech In The Workplace

While the internet was responsible for the proliferation of networked personal computers (PC) and devices in the workplace for all, the early days of PC adoption in the 1980s set the wheels in motion for IT’s broader usage across the organization.

A look at the Computer History Museum’s timeline shows that the personal computer was born in the 1980s, with the first branded “PC” from Microsoft in 1981, followed by the Commodore 64 in 1982 and Apple’s Lisa and Macintosh in 1983 and 1984. Each year represented more magical leaps in innovation, from graphical user interfaces (GUIs) to the mouse to CD-ROMs and the C++ programming language.

In time, it became clear that computers were here to stay, as their functionality and operating systems got more sophisticated. – Read more