Keeping data backup used to be every IT professional’s personal demon. But the cloud has made this job cheaper, faster, and easier even for small businesses. Follow these 8 steps to keep your backup plan simple and effective.

Once upon a time, backing up your data was a nightmare even for IT professionals. Dozens of different tape drives that each had their own formatting standard often also required different backup software both on the device being backed up and the tape drive’s server. You even had to ship a tape to an off-site location every week to be compliant in many cases. All that’s history however with the arrival of smarter backup software delivered by cloud service providers.

In this model, all your IT manager needs to do is make sure every target device or disk has an Internet connection. After that, scheduling and testing is doe from a central console and each device can download the required client software over the web. You can even automate that task in several different ways. So why is backup still so often overlooked by small to midsized businesses (SMBs)?

Because being effectively backed up, unfortunately, requires more than signing up with a single provider, and that means it’s a complicated process that most business managers like to hope they’ll never need. An instant candidate for the back burner. Which is problematic, since effective data backups have more uses now than ever. Sure, there’s still the catastrophic natural occurence, like a storm that wrecks your office, or the nefarious scenario, like a thief stealing critical devices from your HQ. In either case, having previous versions of your corporate, customer, and employee data can mean the difference between a minor delay and a major meltdown.

Additionally, backing up your data lets you get back up and running after your endpoint protection software determines there’s been a breach. And certain malware even requires a good backup to defeat. Ransomware is the best example. This type of malware holds your data hostage; sometimes just the device it’s infecting, but more and more, this software has become smart enough to infect your network and hold your whole organization’s data prisoner. Having a very current backup of everything located off-site with effective security can help make defeating ransomware easy; in fact, several data backup vendors are putting new features in their software specifically to address ransomware threats. With a combination of security software and regular backups, you’ll be able to spot threats as they occur, expel them from your network, and then revert your network back to its most recent, most secure state.

Datacastle President and CEO Ron Faith helped talk us through seven ways you can simplify your data backups, and how that’ll help improve your business, regardless of your company’s size.

You don’t want to have to manually back up your data every time there’s a concern. You want to be proactive and set automatic backups to happen on a constant and recurring basis. This way, no matter when a disaster occurs, you know there’s a backup sitting there waiting for you. Conversely, manually backing up data means you’re relying on your own diligence or the diligence of an employee (someone who may get sick or leave the company). If a day, week, or month of backups is missed, then you can be in serious trouble if and when a disaster strikes.

“You want a centrally managed policy that’s automatic,” said Faith. “You want to have it run continuously in the background. If you rely on employees and end-users to be compliant, you’re going to be out of compliance.”

Several companies, including both data backup software vendors as well as operating system builders like Microsoft with {ZIFFARTICLE id=”338257″}}Windows 10, are including intelligent backup capabilities in their software that not only keep backups happening often but also manage the target device’s bandwidth usage intelligently so your backup streams don’t clog your network.

To diversify where you store your data backups, you’ll need to look for two or three solid vendors. When you’re conducting this search, be sure you’re picking vendors that integrate with their competitors and with the variety of applications you use to conduct business. This way, if you need to migrate bits and pieces of your data from Vendor X and bits and pieces from an app, then you’ll be able to slide the information into Vendor Z’s platform without having to write new code in the middle of a disaster scenario.

“You want integration with the administrative tier of the company,” said Faith. “If you’re using Active Directory and you have a single sign-on infrastructure, having your solution integrated into those things so that you can have a consistent view across different endpoints and servers is important.”

An example here might be the difference between an all-in-one backup solution from a vendor like Acronis versus a combination style solution that uses backup software from one vendor but uses public cloud infrastructure as its target, such as an S3 virtual storage bucket running Amazon Web Services (AWS). In this scenario, you want to make sure not only that your third-party backup vendor integrates with AWS, but also that the data you’re storing in Acronis can either access the data on AWS or use it as an alternate target.

For small businesses, the same logic applies. Although you might only have one location, you can still save multiple versions of your data backups, and you can still diversify where and how the data is saved. Most data backup apps have settings that let you automate the backup of your data to multiple locations, so it’s often just a matter of point-and-click.

“This is where we are strong advocates for going to the public clouds like Microsoft Azure that have built-in capabilities that can assist you in these areas,” said Faith. “You want redundant backups. You also want to be mindful of local data restrictions. Make sure you’re working with a provider that can have your data available from anywhere and compliant depending on your region and industry.” – Read more 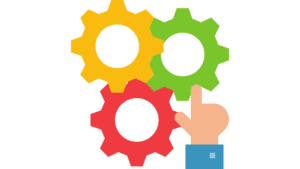 Read More »
May 18, 2022
PrevPreviousIs Crowd Computing the Next Big Thing?
NextHow service providers can compete and thrive in a cloud economyNext