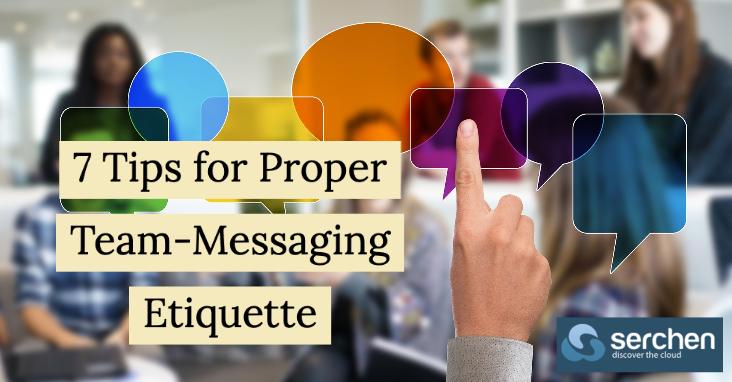 Remember AOL Instant Messenger (AIM)? When it launched in 1997, it introduced a generation of internet users to the concept of instant text-based messaging. It went on to become one of the most popular applications of its kind.

Millennials, in particular, grew up with instant messaging. From AIM and MSN Messenger to SMS text messaging, these technologies shaped and defined how a generation communicated.

Despite AIM’s demise in 2017, the legacy of the once-popular messaging application lives on, particularly in how messaging has become a staple of business communications today. As it turns out, those Millennials who grew up with instant messaging now make up 35% of the workforce, and they’ve brought the concept to their business colleagues of all generations.

Rather than instant messaging, however, the 21st-century business version focuses on team messaging—a way for teams to form around business topics and projects using a powerful combination of team messaging, document sharing, and integrated solutions for calling and video meetings.

While messaging isn’t new by any means, this heightened role in workplace communications certainly is. With this new importance, however, comes the need to ensure you’re using proper etiquette. As many of us have experienced, simple text—without the context of body language and tone of voice, can often be easily misinterpreted.

Here are a few tips on how to effectively use team messaging applications to communicate with your colleagues.

1. Be a mindful messenger

While team messaging can help you be more concise with your communication, being too direct or short with your messages can also send the wrong intent. For example, abruptness can often be misread by colleagues as insulting.

Choose your words carefully. Before you send out a message, take a second to read it. Ask yourself how you’d feel if you’d received it. Also, keep in mind that your communication preferences may differ from those of your colleagues, so don’t be afraid to ask how they’d like to hear from you.

2. Reply in a timely fashion

Sometimes we all just need to tune out the world and focus on our work. There’s nothing wrong with that, but set expectations for when people can expect a response from you. If you ignore too many requests, colleagues might feel they’re not a priority.

To avoid misunderstandings, always acknowledge messages. A simple “received, thanks!” or “I’m busy right now, but I’ll check it out after lunch” can go a long way toward making your colleagues feel heard and appreciated. And if you know you’re going to be spending a lot of time in heads-down mode, give your team a heads-up beforehand so they know when to expect a response from you.

3. Praise in public, correct in private

Constructive feedback is a critical part of employee development. How you deliver feedback, however, is just as important as the feedback itself.

Good co-workers don’t reprimand others in the middle of a staff meeting, and the same goes for your team messaging platform. Public criticism can embarrass and demoralize employees, and can often lead to feelings of shame, avoidance of work, or outright resignations. It can also affect overall team morale. To avoid these problems, deliver feedback one on one, either in a private message or a call.

On the other hand, share praise publicly. Depending on the size of your company, employees can often find it difficult to appreciate their colleagues when they aren’t directly involved in each other’s projects. Sharing wins in a public team messaging group helps employees feel more valued and appreciated, and can boost morale for the entire team.

Here’s a good rule of thumb: if a response requires one sentence or less, use messaging or email. If a response requires three sentences or more, schedule a call or video meeting. It’s best to deal with complicated issues face-to-face so you can take in non-verbal cues such as gestures, facial expressions, body language, and posture. – Read more