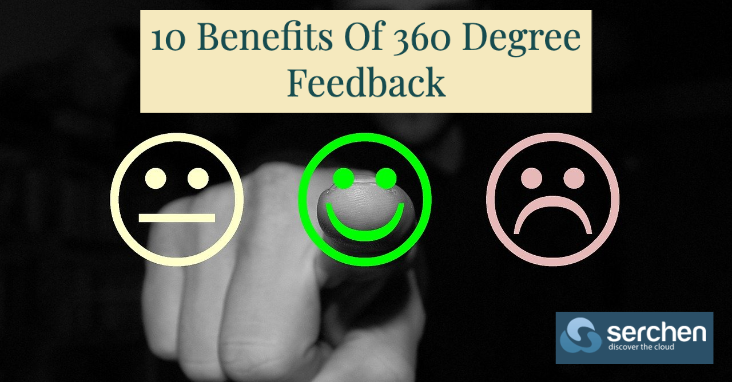 “We all need people who will give us feedback. That’s how we improve.” –  says Bill Gates (Co-founder of Microsoft) on the importance of feedback.

Feedback is one of the most underrated aspects of employee management. Generally, employees receive feedback from their managers during their quarterly or annual performance reviews. But is this feedback enough? Peer feedback plays a very important role in improving employee performance. Sometimes co-workers know the nature of work better than the manager, so getting feedback from them is equally important.

In 360 degree feedback or multirater feedback, managers, peers, direct reports, and sometimes even customers are involved in the feedback process. It provides an overall analysis of the performance of the employee at the organization.

“In a study conducted by Gallup among 65,672 employees, it was discovered that those who received feedback had 15.9% better turnover rates than employees who received no feedback.”

360 degree feedback helps in increasing the self-awareness of an employee and aids in identifying one’s strengths and highlights their weaknesses. It helps the employee in knowing their hidden strengths and weaknesses, which otherwise they would be unaware of. The 360 degree feedback process gives employees a better understanding of their behavior and their outlook towards how they work.

360 degree feedback provides the employee with a scope to get multiple inputs for their role, performance styles, and ideas. It provides a well-balanced view of the behavior and skills of the employee. It helps employees to know themselves from others’ perspectives and bridges the gap between what they think of themselves and what others think of them. This feedback is constructive and more acceptable to the employees.

In the 360 degree feedback process, feedback is collected not only from the manager but also from peers, subordinates, direct reports, and sometimes even customers. As a result, the feedback received in the 360-degree feedback process is completely impartial as it is not based on single person assessment. It helps in reducing managerial biases, which are often prevalent in the traditional feedback process. – Read more